The Similan Islands encompass 128 square kilometers in area and are located about 100km (65 NM) North - West of Phuket in the clear waters of the Andaman Sea. Since 1982 they have been declared a Marine National Park and are known as one of South East Asia's top diving destinations to divers worldwide.

The original nine Islands of the Similans run roughly South to North, with white sandy beaches and tropical jungle above the water, and spectacular reefs in often crystal clear water below. Seafaring gypsies (Moken) used to live on the islands but the islands are now uninhabited except for the Park Rangers lodgings and the beautiful residence of the Thai Royal family on island number 4 and 8.

Two other islands, Koh Bon and Koh Tachai, have now also been included in the Similan Marine National Park and offer superb diving as well. Koh Bon is well known for its manta rays and Koh Tachai is famous for its big schools of fish and resident zebra (leopard) sharks. Koh Tacha is also one of the few places where divers may see nesting oceanic triggerfish.

The Island's environment is tropical rainforest and has several species of palm, bamboo and vines. Extensive flora and fauna, unspoiled beaches and rocky outcrops are also to be found on land. Underwater the scenery is spectacular with giant boulders plummeting up to 40 meters in depth creating a world of swimthroughs, narrow passages and valleys. 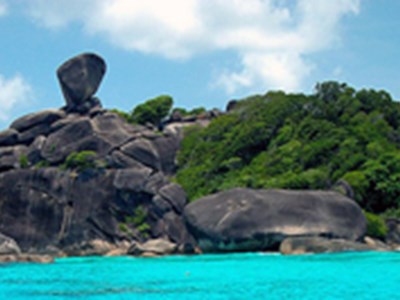 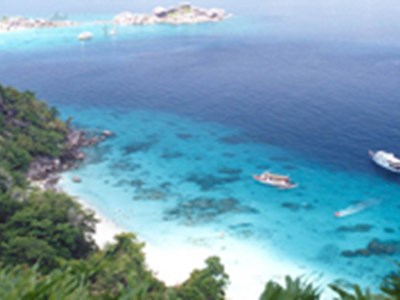 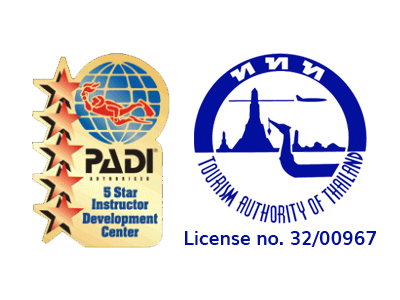 From learning to dive through to instructor courses and equipment hire make Warm Water Divers your number one stop for all your diving needs.